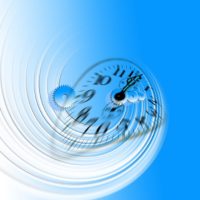 By Danielle Wilson on May 31, 2016 in For Agents, For Home Buyers, For Home Sellers, Negotiations, Realtor Challenges

There is a new tactic emerging  amid real estate negotiations in Thunder Bay, and I’ll refer to it as the ‘The Ransom Demand’, as that is the most interesting way that I’ve heard my colleagues refer to it.  While I can’t speak for the Agents that are utilizing this tactic as a means to an end, what I can speak to is the general perception that such a ransom demand creates.

Have you ever really thought about the differentiating characteristics between a great salesperson and a maybe not so great salesperson?  Really thought about it, outside of the numbers, final ‘output’, awards, and ends closed?  A great salesperson is an awesome leader, a friend, a coach- someone with expertise that you can count on, and most certainly someone who has earned the trust and respect of many.  These are the people that demonstrate real negotiation skills, empathy for their Clients as well as others, and are always looking at the bigger picture.

So what exactly is this ransom demand?  And how in general is it interpreted amongst Sellers?

From my viewpoint, the ethical timeframe to provide feedback to a Seller on ‘deficiencies’ that were discovered during a home inspection is within a reasonable time period after the home inspection.  Sellers are generally very happy to work with Buyers when unanticipated things crop up in an inspection.  For instance- the furnace is older than was originally thought, the shingles are a little rougher for wear than was believed, there is an electrical issue that needs to be resolved, or another such safety issue.  You get the drift.  When an Agent is confident in their ability to negotiate on fair terms, they will generally want to bring these items to the table early in the process so that a favourable outcome can be reached between all parties.

In general, the 11th hour ransom demand tends to go over like a lead balloon with Sellers.  My most recent encounter with such a demand when something along the lines of this;

I don’t believe that the 11th Hour Ransom Demand is going to be around for long, but in the meantime, I really do hope that Sellers are being helped to stand up for the offer that was accepted, and to understand the difference between ‘knit picking’ and real sticking points during the negotiation process.

Loved working with Danielle! Not only did she help me find just the right home for my family, she is also very helpful with getting the right home inspector and lawyers for closing. She also made a point to check in to see how we were doing after moving in. I would, and have, recomend Danielle to anyone who are looking to buy or sell a home.

When looking to put my mother’s house on the market, Danielle Wilson’s name came highly recommended. We were immediately welcomed by a high energy, bubbly Danielle who answered all of our questions with ease.  This was a trying time for us, selling our family home, but she made the transition for us so comfortable.  We are immensely happy with the outcome and would highly recommend her to anyone wanting to buy or sell their home.  Thank you Danielle for all of your hard work and kindness.  We had a great experience and gained a life long friend in you.